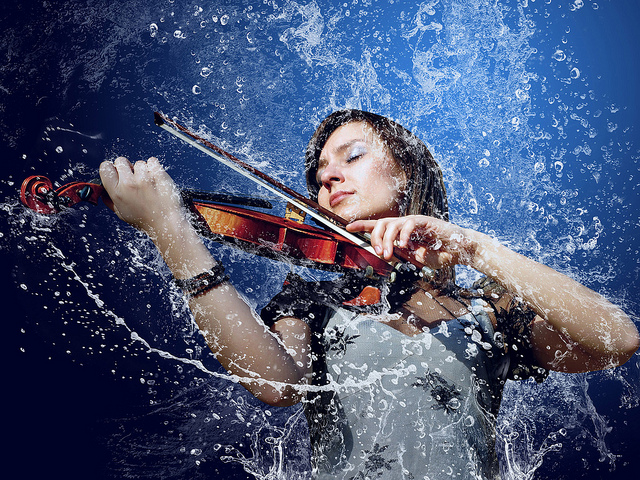 You know those people. The ones that tell you they “can’t.” The ones that tell you “I’m not good at ________.” The ones that have gotten so use to saying it, they sound almost robotic expressing the sentiment. “Ah, you know, that’s not my thing, Really,” they may utter. But really, you know they’re full of shit. They most likely haven’t tried or perhaps never cared to (try hard enough). And maybe, just maybe, they’ve been convinced to believe this unfortunate lie that some people are just “born with it” like they’re born with blue eyes or a big cock, when in reality, skills can be refined and shit, even breast size can be altered. “It’s not in my genes” just isn’t good enough anymore.

I too have spent a lot of time lying to myself. I have also had instances where I uttered such absurdities: “I’m not creative. I can’t draw. Who do you think I am? Pablo Picasso?” Just like you, I was in denial. I couldn’t quite grasp the potential we were given by being born a HUMAN in the first place.

I was sure that my creativity could not go further than rolling a great joint (and they were always great even after they disintegrate!) or designing a simple webpage on Homestead.com (Do you remember those?) But slowly things began to change in some surprising ways.

Upon entering Ms. Lowe’s classroom, I learned that I was a photographer. Upon entering Ms. Valleti’s classroom, I learned that I was a painter, and a good painter! Upon entering Mrs. Jones’ classroom, I felt less crazy when I realized how insane the world was. In math class I would draw scribbles on my page and at night I would return to my lair to cry over my math textbook (math makes me emotional) and try to figure out the fucking problems. And as I slowly figured out one after another, something happened: I got better. And then, I felt better. Because I proved to myself that I CAN. In high school I failed Chemistry with a 64. I was both pissed and offended. “How could this woman fail me by 1 point?” I declared! I had to go to summer school and it was honestly the best thing that ever happened. My teacher was this sweet old man. He was calm, intelligent and always wore a smile. I sat in the front row of class every day and I finished that class with a 95. I no longer thought that I couldn’t. I’ll admit I had some help. My teacher’s belief and enthusiasm in me made me believe in MYSELF.

People tell me they’re not creative but if you found yourself stranded in the woods with an empty stomach and no roof to cover your pretty head, you would soon realize how easy it is to get creative. It is said that “necessity is the mother of invention,” so it’s no wonder the things we find when we take a careful look at the world we’ve constructed. But beyond necessity lies a desire. A desire to make things better, a desire for efficiency, originality, a desire for variety. Ford already created the vehicle. We’ve just made it better, and Better. Excitement comes from advancement. Why else does that promotion mean so much? The money is nice but we know there’s more to it.

Creativity is a beautiful thing that lies embedded in each of us. It is part of our evolutionary makeup and is an aspect of the human psyche that with our help can only continue to develop and expand. Whether or not we chose to realize it, we are all in fact very creative beings. Our survival depends on it. It is the only reason we’ve gotten this far. No matter how mad the world may be, here you are, reading this text. We’ve Made It.

So enough of the whining and the bullshit. Enough of the neglected guitar lessons and that book you’ve been “meaning” to finish. Enough contemplating about architecture school or those hip hop dance classes. I’m tired of hearing you weren’t born an artist- Nobody was.