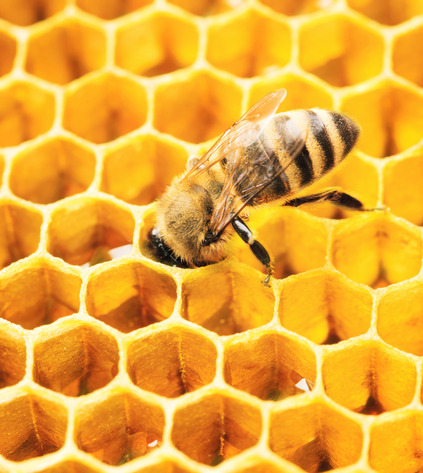 For some time now, bees have become the focus of environmental agencies as their numbers began to radically decline. This issue has resulted in many organizations and websites that want to contribute to helping the bees and educating individuals by giving out advice, information and petition forms to ban pesticides and other intense chemicals that kill bees. There is a massive movement that seeks to inform people on how to assist the bee population; Helping bees thrive in our world is becoming a priority to our way of life.

Bees have played a crucial role in the farming system for a very long time. As pollinators they help plant life (such as flowers, trees, crops, etc.) reproduce for the next generation. Bees and other pollinating insects are responsible for one-third of all the pollination that takes place in the farming industry.

The population of bees and other pollinating insects (i.e. butterflies, wasps, flies, etc.) is vital to plant growth as well. Simply put: without these insects to help pollinate the plants, humans and animals alike will suffer from food shortages. Yet as the farming world began to shift, so have the bees and their lifestyle. As the Agricultural revolution took root, our bees began to mysteriously disappear.

The mystery of the missing bees began in the late 1990s when farmers started to discover a large number of their bees had gone missing, leaving the Queen Bee alone to starve and die. Scientists went on a massive search to find the culprit for the vanishing buzzing insects. The initial assumption was that of a disease that could have potentially spread to each colony. After 15 years, three new studies show that the culprit of the “colony collapse disorder” (CCD) could be a result of a class of pesticides known as “neonicotinoids.” Designed to ward off any insect that tried to damage the crop that was planted, neonicotinoids have also affected butterflies, wasps, and all other insects, pollinators or not.

Greenpeace, an organization dedicated to helping the environment thrive as it was meant to, created the website sos-bees.org to offer information such as reasons for their decline, why they are important to our ecosystem and what can be done to help. They are trying to help by getting a petition signed to ban all bee-killing pesticides and in order to promote more environmentally conscious farming methods. More mindful sustenance of our environment and better care of our crops through ecological farming will result in better bee health and cleaner crops.

Other organizations and websites, such as Buzzaboutbees.net, savethebees.org, and Bee Raw, offer advice on how consumers can help. It’s suggested that not only should consumers lessen the use of these pesticides but that they should also plant flowers that will help the bee population thrive in one’s own garden. With these practices in mind, not only will you be helping the bees but your garden will look colorful and bright, attracting not only bees, but also butterflies and hummingbirds as well.

Another trend of helping the bees has also been boosted through the use of  social media, for instance being conscious of things we may not have known otherwise: When a bee is down and not moving, it does not mean that they are dead, but simply that they are dehydrated and can be helped by mixing a bit of water with sugar and feeding it to them with a spoon. Once hydrated, bees will perk up and fly away happily to continue their hard work.

The problem of the rapid decline in the bee population doesn’t only concern the bees. These pesticides are also affecting other important insects that assist in food production and ensure that we will eat tomorrow. Out of every morsel of food that you eat, one bite is thanks to the bees, the butterflies, the wasps and the flies.

So, who cares about the bees?

How to Function In the Midst of Overstimulation