Projection: A Symptom of Self Deception 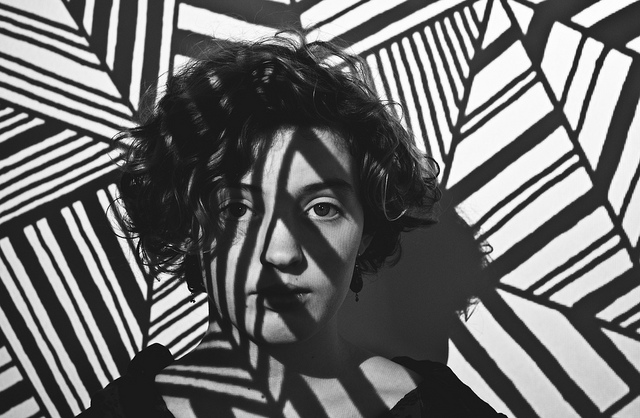 When I hear the word projection I think of actual projectors: slide projectors, movie projectors or even the act of projecting, for instance when you’re in a musical and the director tells you to, “Sing out.” But projection is not simply about rendering an illustration of an event or story more visible, it’s about who we are as human beings. Projection is part of our personal character. You cannot just flip a switch to turn off this facet of your personality; it’s ingrained in your psyche.

The term projection sounds quite similar to the word protection. Interestingly enough that’s what certain forms of projection do, they protect people. Or at least that is one of the lies we tell ourselves when we allow projection to influence our lives.

Psychological projection is when one person attaches their own short comings to another person. This defense mechanism is our primal way of fighting back against anything that threatens us or our space.

Innately, we are fighters; we fight to thrive, not simply survive or else we would have been wiped out long ago. However, with wiring quirks like projection in our system, sometimes it seems like a miracle that all of us have not yet shut down and shut ourselves out.

For two years at St. Peter High School in Canada’s national capital, Ottawa, I ran a kindness and compassion group that mainly focused on facilitating the creation of a more positive environment and combating bullying. What we emphasized the most during discussions with students and faculty was that the bully was not the only one to blame. In fact, their behavior was usually a symptom of something else. We quickly learned not to brand people as bullies because names like that stick for a lifetime. We knew that such labels would only induce more negative projection in the future.

When the children who bullied opened up about why they acted in a harmful or hurtful fashion towards others it became clear that they were indeed projecting. Some children had been exposed to violence, while others felt ignored, so they grabbed at any shred of attention they could and held it tightly between their fists. We helped them to channel their rage or feelings of loneliness and we extended our hands to them – peer to peer, not rescuer to victim or even bully to student; we were there to aid them in processing their fears in a safe, non-judgmental environment.

Projection can be dangerous – it can affect everything in your life. It’s often provoked by a situation that usually makes someone anxious or angry and when that happens he or she lashes out. What’s key here is that defensive responses shouldn’t be taken personally. Even if you did something to upset the person, when it comes to projection, reactions usually stem from someone’s own insecurities, fears, or frustrations and these are problems outside of you. Their own problems become attached to those they feel threatened by, but it is not your fault that they use such harmful or potentially, aggressive tactics.

Why do we project instead of dealing with our personal issues head on? At times we may not even be conscious of how severely something or someone may have affected us. In some cases we may not even have the emotional capacity to process our reactions at a given moment. Instead we deflect and deny yet when a problem arises we find ourselves without an outlet and so then we project.

We all have baggage, that is non-disputable, but we can choose how we balance it in our lives. If a woman has been cheated on by a boyfriend then should she immediately suspect every other man she dates of cheating on her? Isn’t that just her biased perspective of men? If a man did not have a close relationship with his father growing up and he decides to distance himself from his own son because he’s afraid of messing up his son’s life, is that fair? I know that fairness and justice are archaic concepts dreamed up eons ago to provide a moral basis for life but they are still relevant. Life will never always be fair and by definition that probably means that it will never be truly fair; nevertheless, there’s no harm in trying to make the world a better place.

If that woman could meet a man without automatically comparing him to her unfaithful ex her life might get a little bit brighter and if that man stopped obsessing about his past long enough to see that his son wants him around more than anything in the entire universe, he also might be happier.

We say we’re protecting ourselves by lashing out at what’s good and beautiful because it is true, pure and seemingly unattainable. Instead of allowing joy into our world we fight it, every step of the way. It can be difficult to venture into the light of hope after living one’s life surrounded by shadows of defensiveness and anger. So, instead of embracing goodness we shy away from it because although it seems wonderful we are suspicious of its durability and its true purpose in our lives.

We fear rejection, imperfection, and confrontation with the truth, so we choose instead to push away our feelings and in doing so our projections keep us disillusioned. We tell ourselves that our partners are selfish because secretly we feel we indulge too much in ourselves, but heaven forbid they say that aloud. We exist in a culture of self deception which is no where near as entertaining as the film Inception.

Even so, there is hope. Projections, like actions are neither innately good nor bad, they are neutral; however, any intent associated with them will influence their outcomes. We hold power in our words; every one of us matters in this world, because each and every action we perform sets off a chain reaction.

Yes, we have this mechanism for a reason, it warns us to be cautious, to tread lightly, and to learn from past mistakes, but that does not mean we should allow ourselves to be ruled by our projections. They are only a small part of who we are. We are beings with free will and the freedom of choice. What do you want to do – triumphantly thrive or just survive? Think carefully, choose wisely and good luck.